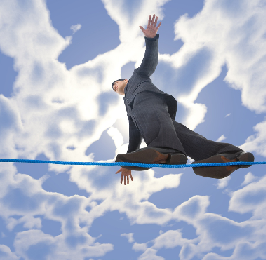 The September issue of Harvard Business Review had an article titled “Work+Home+Community+Self”.  Sort of clumsy title… but a good article.

It was written by Stewart D. Friedman, a Wharton professor.  He’s the author of Leading the Life You Want: Skills for Integrating Work and Life.

His take on life balance is based on a concept he calls “four way wins.” The four ways are work, home, community, and self.  Instead of trade-offs between these four different parts of a life, his approach is to look for a way to have a “win” that improves all four dimensions.

In leadership, he proposes following three guidelines.  Be:

In being real, he states leaders need to know what matters, embody values, line up actions with values, use stories to share values, picture your legacy, and hold yourself accountable.  “Getting real” took me some time.

For example, on my first wedding anniversary, I told my wife to celebrate on her own… not a good call!

Luckily, since then, I’ve righted the ship and identified personal values that drive my life:  caring, commitment, humor, and honesty. 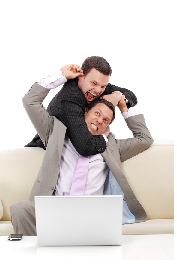 After flying 1,000 miles to meet with me, a prospective client and his team from one of the nation’s largest pharmaceutical companies kept looking down at their “productivity enhancing” gadgets—smartphones.  I stopped talking.  I waited.  He and his team were physically in the room but mentally 1,000 miles away.

Finally, one of them looked up and said, “Oh, sorry, there’s stuff happening back at the office and these keep us connected.” “Yes, they do,” I replied sarcastically. They were too disengaged to notice.  They have technology-enabled Attention Deficit Disorder (ADD) I thought.  A few years later, I learned I was right.

Dr. Edward Hallowell, a Massachusetts psychiatrist and ADD expert, says the symptoms of ADD, such as the inability to focus and make thoughtful decisions, are surfacing in the workplace.  The source is technological interruptions.

Forbes magazine has pegged the number of e-mail messages received each week by the average office worker at a whopping 470!  That’s nearly 500 interruptions, and that doesn’t even include regular phone calls, cell phone calls, or text messages.  An article in Time described a study of 1,000 office workers at an information technology firm which found that interruptions waste 2.1 hours a day per person.  Extrapolated to the entire U.S.-based workforce, the financial impact is more than $500 billion per year.

“Frazzing,” is a term by Edward Hallowell his book, CrazyBusy: Overstretched, Overbooked and About to Snap—Strategies for Coping in a World Gone ADD, means “frantic, ineffective multitasking, typically with the delusion that you are getting a lot done. The quality of the work, however, is poor.”

And while no one can say for sure how frazzing affects productivity, psychologists have long known that performance decreases in direct proportion to each additional task being juggled.  What’s the solution?  Go old school… prioritize and problem solve.

Prioritize:  Figure out what tasks you must accomplish in a given day, week, or even month. Then, organize your work day so those tasks get done first.  Turn off email notification, hit “do not disturb” on your phone, shut your door and hunker down.

Problem solve:  Of course, the top of any priority list should be the most difficult tasks, which typically involves solving problems. Start by writing down a clear statement of the problem at hand, continue by listing all possible solutions without filtering good or bad, then move on to prioritizing the potential solutions, pick the best one and begin executing.

Advance Your Career with Intertech

A great seven minute TED talk on the power of smiling.  A couple of the benefits including living longer and being perceived as competent.

Make Time for the Work That Matters (Post 4 of 4) 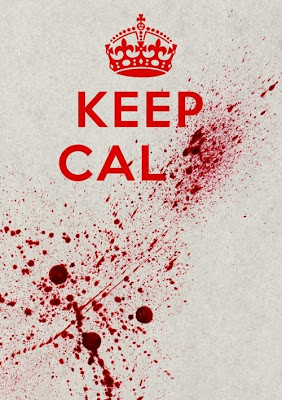 In my previous three posts on “Making Time for Work that Matters” I have recapped an interesting article by the same name that appeared in the Harvard Business Review. I found it interesting that editors at HBR chose to place that article in the magazine’s regular, “managing yourself” section. At Intertech, figuring out what’s important and where we should placing our effort is definitely a management priority.

That’s why we use Key Results Areas (KRAs) with every employee. If you’ve read my book, “Building a Winning Business,” you already know I’m a passionate believer in KRAs! They are an effective tool for keeping everyone moving in the right direction. They provide a simple framework for regular “one-on-one” meetings between managers and staff. And they help us all remember that ongoing learning is essential to strong employee and company performances. Here’s an example of how they are identified, which happens as part of a dialogue between employees and managers:

We also include narrative sections covering related duties/activities, performance evaluation standards and skills/knowledge required for each. If knowledge gaps exist, we include a plan for how they will be addressed.

KRAs are limited to five, but should include at least three, and they must be discussed regularly to be effective. We use them as the agenda for regular update meetings between managers and employees. This helps our people know what we value and gives them a valuable baseline against which to measure their day-to-day activities. It also gives them a regular way to let us know what’s happening and if they are bumping up against any barriers.

KRAs are not intended to be a Billy club. Rather, they are more like a spotlight that helps cut through the fog. We keep the KRA dialogues open, ongoing and positive. Besides increasing everyone’s likelihood of success, KRAs used in this way eliminate any unpleasant surprises (for anyone) at annual performance reviews. Using KRAs in combination with the self-assessment tool developed by Birkinshaw and Cohen could be a powerful one-two punch in your and your employees’ daily fight with the clock!