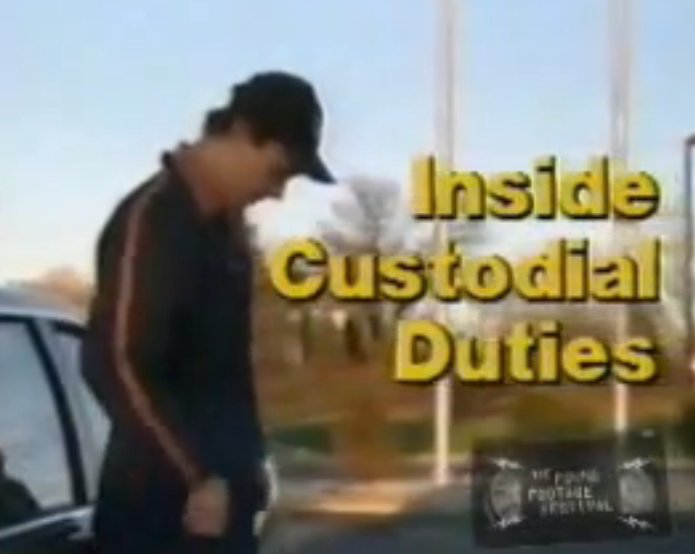 Did you ever have to watch job training videos… videos showing you how to do common sense things like washing your hands after you use the bathroom, flipping the burger when one side is too bloody, and keeping your cool with a problematic customer?

Fresh from YouTube here are the 15 Worst Employee Training Videos. 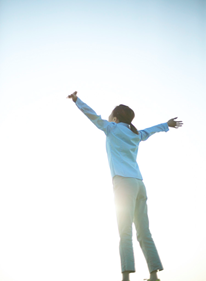 This is a deviation from my normal posts.  In the past, some of you have inquired about working at Intertech.  This position reports to the Intertech Partner in charge of training sales but has “dotted line” reporting to me.  If you have interest or know someone who may, please apply at Intertech’s website (http://www.Intertech.com/Jobs).  We’re looking for candidates in Minneapolis/St. Paul.  Below is the copy from the job posting on our site.

Intertech, an award-winning firm named the #1 mid-sized employer in Minnesota by Minnesota Business magazine in 2012 and eight-time winner of the Business Journal’s Best Places to Work competition, is looking for an exceptional Marketing Director.

This role will continue the drive in Intertech’s growth (Intertech is an eight time Inc. 500/5000 winner).

As a Marketing Director, we’re looking for someone who can provide direction to the leadership team yet organize and implement the day-to-day marketing activities.  We’re looking for an extraordinary individual who can:

There are many reasons Intertech is the employer of choice.  Below are just a few:

All the other stuff needed to be recognized as the #1 mid-sized employer in Minnesota… good pay, comprehensive benefits, …

With Training, Take the Long View – 3rd and Final in the Series 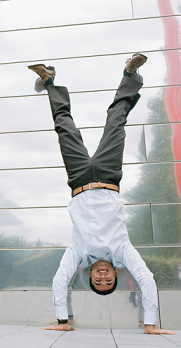 As I described in my previous post, I’m taking issue with the article: “Who Can Fix the ‘Middle-Skills’ Gap?” by Thomas Kochan, David Finegold and Paul Osterman, which appeared in the December 2012 issue of Harvard Business Review. The authors simply accept at face value the notion that individual employers should not train employees because those employees might leave. I disagree.

In fact, I believe the best way to retain employees is to continually offer them great training. At our annual senior leadership offsite planning retreat, we always have an agenda item around how we ensure job satisfaction for our associates. We believe there are multiple components, including:

I recently did a presentation to the leadership team of a local college on “programs or incentives to increase morale and productivity.” I explained that if the above components aren’t covered, no program or bonus system matters. Focus on the core blocking and tackling of creating satisfied/happy/productive employees!

Similar to training, professional certification makes some employers feel at-risk for losing talent (after their people become certified). There was a local, large firm who stopped incentivizing their employees to be certified because its management believed certification created opportunities for people to leave.

Here, too, I think it is short sighted. We pay for study materials, pay for the exam (pass or fail), and give a spot-bonus of $750 for each technical exam passed (for Microsoft, there are typically four exams in a certification so it’s $3K total). That investment in our people is small in comparison to the benefits we reap: extraordinarily loyal and satisfied employees who do great work! Our employees are happy, our customers are happy and Intertech thrives. It may sound simplistic, but it’s a formula that works! Remember former New York Mayor Ed Koch, who was fond of asking, “How’m I doin?! While Koch was more brazen than the typical modest Minnesotan, his need to know if he was measuring up to expectations is fairly universal. In the study of thriving workplaces that I’ve been writing about in this series on happy employees, offering performance feedback was identified as one of the four most important things managers should do.

“Feedback creates opportunities for learning and the energy so critical for a culture of thriving. By resolving feelings of uncertainty, feedback keeps people’s work-related activities focused on personal and organizational goals. The quicker and more direct the feedback, the more useful it is.”

Once again, I think the good professors are spot on. While the annual performance review is an HR requirement, the best feedback happens in real-time (or as close to it as we can get). We do old-fashioned things like handwriting notes to congratulate a team member on a particularly job well done. But as a technology firm, we also enjoy using social media as a tool for feedback. We’ve set up a site, similar to Facebook but only for Intertech people, where we can post comments, questions, ideas and the like. I make it a point to “like” comments (when I actually do!) do everyone can see that I value their participation. This has become a very popular “social media” site at my company.

On a more formal basis, we employ KRAs — or Key Result Areas – as a tool for giving meaningful performance feedback. I can’t take credit for KRAs; that belongs to Dale Carnegie. But I can tell you that they’re a great tool for creating employee accountability. In my book, Building a Winning Business, I explain how we use KRAs to create alignment between an individual employee’s goals (and bonuses) and the company’s goals. Like company goals, each individual should have three to five KRAs for the year and they should be ranked in order of importance.

After defining KRAs, employees meet regularly throughout the year with their managers to make sure everyone is on track and has the resources they need to actually accomplishing their KRA goals. The beauty of this approach is that there are no surprises at performance review time. If someone has been missing the mark, KRAs allow for coaching and correction in real time.

Minimize incivility (and fire the assholes!) “The costs of incivility are great. In our research with Christine Pearson, a professor at Thunderbird School of Global Management, we discovered that half of employees who had experienced uncivil behavior at work intentionally decreased their efforts. More than a third deliberately decreased the quality of their work. Two-thirds spent a lot of time avoiding the offender, and about the same number said their performance had declined.”

That quote is from the article, “Creating Sustainable Performance” in the current issue of Harvard Business Review. The authors—Gretchen Spreitzer, professor of management and organizations at the University of Michigan’s Ross School of Business, and Christine Porath, assistant professor at Georgetown University’s McDonough School of Business—spent seven years studying what makes employees and organizations thrive. Minimizing incivility was among the four top things they found that managers could do to make workplaces more productive.

Civility is a big deal at Intertech. Not only does it make business sense, it makes coming to work a lot more pleasant! Civility starts at the top by setting an example.  I’m happy to note that Intertech partners and senior managers simply do not yell or browbeat people. We also make a practice of saying “please” and “thank you.”

But behaving nicely only goes so far. We’ve also institutionalized our behavioral expectations in a 15-page document called “Intertech Communication Guidelines.” This spells everything thing out so employees don’t have to wonder what is — and what is not – Ok.

Sadly, though, sometimes even the Guidelines are not enough to ensure civility and that’s when we let people go. Or, as I like to say, we fire assholes! If you know me, you know I don’t use that term often or lightly, but several employees over the years left me with no other adjective or choice. They were the “dogs” in my “Saints, Dogs and Stars” analogy (see Building a Winning Business if you have no idea what I’m talking about!). Essentially, they were exceptionally smart or gifted and believed that entitled them to treat others badly.

I hate to sound like a pessimist, but by the time someone is into their ‘20s, they’re about “98% percent baked” as a person. Data supports this statement, which means it’s pointless to try to reform an asshole. The best thing you can do is to show him or her the door. Similar to firing someone who’s nice but isn’t a performer, having the strength to fire an asshole is a test of your culture. If people who abuse others are permitted to stay, it won’t be long before the folks that they’re abusing decide to leave.  With nice people leaving and assholes staying, you’ve got a culture shift – and that’s something I never want to experience at Intertech.

Next time I’ll wrap up this series on employee happiness with a post on employee feedback.