Paying It Forward: Please Help if You Can

Octane magazine published by the Entrepreneur’s Organization (EO) ran an article I wrote of inspiration and determination.

First, if you’re not familiar with EO, it’s a great group. Nearly 9,000 entrepreneurs are active in EO chapters around the world. Average revenue for EO member companies is $18.4 million. You could say EO members are extraordinarily lucky and most of us realize we’re privileged to be members of a pretty exclusive group.

For those of you EO’ers visiting this blog as a result of the article, because of our respective fortune, I’m asking for help for someone who has not been quite as lucky – through no fault of his own.  If you read my blog regularly, or if you’ve seen some of my articles, you’ve probably guessed that I’m referring to my best friend, Pete Quinn.  The most recent article is The Power of Pete.

Pete worked hard and successfully in sales for 20 years before his life was horribly altered after being hit by a reckless driver. Even today, Pete continues to work as much as he can as he undergoes therapy to walk again. (I won’t recount all the details surrounding Pete’s situation now, but if you would like to know more, please see my earlier posts on Peter Quinn and his family).

Peter remains a strong individual and he refuses to be defined by this accident. He also is a husband (wife is Rita) and the father of three beautiful children:  Katherine (age 12), Henry (9) and Andrew (6).  The family has additional responsibilities and expenses because Andrew is autistic.  His condition requires special care and the family is doing everything necessary to ensure that Andrew lives a normal and well-adjusted childhood.

This is a wonderful family that has been dealt a serious and life-altering blow. With your donations, Peter will be able to continue receiving the necessary therapy sessions so he can realize his dream: running (he’s a marathoner) and playing soccer (he was a coach of his kid’s team prior to his injury).

For videos of Peter’s progress, check out the website:  http://petersplace2011.blogspot.com/ If you want to help, please donate directly at Peter’s Place.

A Good Cause. A Great Family. The Chicago Polar Bear Plunge. 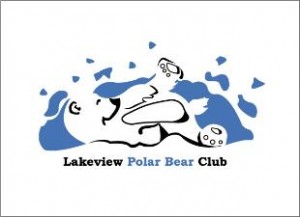 One of the two is my best friend Peter Quinn and his family.  Here’s info from their website.

“Peter Quinn loved to run – including the Chicago Marathon in 2010.  But on April 16th, 2011 Peter was out running when he started to cross the street.  A speeding van ran a red light and struck Peter.  He flew 30′ from the impact and suffered many injuries, such as:  broken ribs, a collapsed lung, broken tibia and a major spinal cord injury.  Peter spent 1 month in the hospital and was given a 2% chance to walk again.During the hospital say Peter had surgery to insert titanium rods in his spine and he underwent 3 surgeries on his lungs.  He was then moved to rehab for 2.5 months before finally being healthy enough to move home.  Since the accident, Peter’s life has been all about family, friends and rehabilitation.  Peter rehabs 6 hours/day, 4 days per week.  Another five days each week he travels to Rockford, IL for hyperbaric chamber treatments.  Peter’s family and friends have sacrificed a lot of time, money and energy to ensure that Peter gets to all of his appointments so he reaches the ultimate goal – walking again.

The rehabilitation work is definitely hard, but the benefits are starting to show.  After 9 months Peter was taking steps with the help of orthotics.  Each day has victories and setbacks, but all of the physical therapy that he has completed, Peter is slowly making progress towards walking on his own.

Peter remains a strong individual and is not defined by this accident, as he is also a husband (wife is Rita) and a father of three beautiful children:  Katherine (age 12), Henry (9), and Andrew (6).  The family has additional responsibilities and expenses as the youngest child, Andrew, is autistic.  His condition requires special care and the family is doing everything necessary to ensure that Andrew lives a normal and well-adjusted childhood.  This is a wonderful family that has been dealt a serious and life altering change.  With your donations, the LPBC is able to provide Peter with the necessary therapy sessions to have him walking & playing with this children in the near future.  For videos of Peter’s progress, check out the website:  http://petersplace2011.blogspot.com/”

If you want to help, you can support the Lakeview Polar Bear plunge or donate directly at Peter’s Place.

Read an interesting story recently about billionaire businessman Theodore J. Forstmann and it got me thinking. Forstman is 71 and he has brain cancer. He has made it his mission to transform a business (the IMG talent agency) he purchased in 2004 into a profitable company with a bright future.

Why would a guy worth billions want to spend his possibly last days on earth worrying about making more money? Does he think he’ll take it with him?

Before you answer, keep in mind that this is someone who helped create the leveraged buyout industry in the 1970s and is credited with coining the phrase “Barbarians at the Gate” to describe his industry.

Not exactly the warm, fuzzy type!

Or maybe he is. Forstman has been quietly supporting children’s groups throughout Africa for years. He also adopted two boys from South Africa more than a decade ago after being invited there to speak by Nelson Mandela.

He has decided to turbo charge his (potentially) last business venture into a money-making machine that can fuel investment in African children for years to come. When a reporter asked him why he was committed to helping kids in Africa, his response was unsentimental and precise: “They’re helpless,” he is quoted as replying.

Most of us never will be worth billions but that doesn’t mean we can’t lend some support to those in need. And as successful business leaders, I think we have a special obligation to share some of our good fortune with others.

That’s why we started the Intertech Foundation in 2003, which provides financial support to families who have terminally ill children and expenses they are struggling to cover. Our grants don’t turn anyone into millionaires but they do ensure that grieving parents can spend precious remaining time taking care of and enjoying their child instead of stressing out about paying bills.

Giving something back on a regular basis is the right thing to do. Don’t wait until you’re in your 70s and facing down mortality to make it part of your business plan.