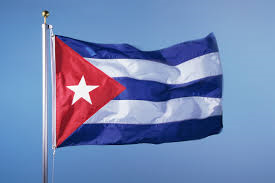 I was interested to learn Cuba has a “surprisingly robust biotechnology industry that makes a number of vaccines not now available in the United States,” along with boasting one of the largest deposits of nickel in the world. Sounds like the potential for importing may be as interesting to explore as any new Cuban exporting opportunities.

One industry sure to get a boost from renewed U.S.-Cuban relations is tourism. Groups that run tours to Cuba under the old restrictions are reportedly being inundated with calls from eager U.S. travelers who want to be among the first to see the country only 90 miles from Florida. About three million people visit Cuba each year; many of them Canadians who are lured by appealing discount tour packages.

The Obama administration has announced plans to create a general travel license that tour operators are hoping will reduce bureaucracy and allow more Americans to visit. Others have begun pushing for complete abolition of all travel restrictions. Conservative estimates from the travel industry predict an increase of up to one million additional U.S. visitors to Cuba next year.