How a Board Can Boost Your Business (Post 3 of 4) 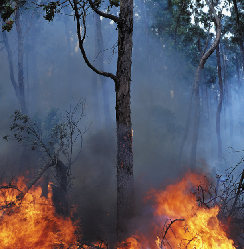 Ever heard that old phrase, “stuck between a rock and a hard place?” That pretty much sums up how I was feeling a many years ago when one of our managers began pressuring me to make him a partner. Actually, his “persuasion” tactics were intended to intimidate through the use of veiled threats. He was great at his job and I thought he was an asset to our company. Yet his approach to professional advancement seemed to take clues from the Mafia, or, at the very least, a very manipulative toddler!

Needless to say, “giving in” to manipulative two year olds does not generally result in the development of responsible adults. Yet when it came to this employee, I felt stuck due to his importance in my business. Luckily, our board of advisors had absolutely no problem seeing the big picture! They assured me that his behavior was the exact opposite of what makes a good partner, who is expected to put the good of the company ahead of his own personal agenda. It was great advice and it gave me the push I needed to call his bluff and send him packing.

A similar situation arose a few years later with a high-level manager who could “talk a good game” but was not effective in actually delivering results at Intertech, even though he had previously had helped run a $1 billion company. His “big idea” was to outsource our sales/marketing operations to our top competitor! Call me skeptical, but I found that idea absurd. Still, I told him if he could convince our board, I’d look into it further.

He presented his proposal at a Board of Advisors meeting.  After just a few minutes, one of our members crumpled up the employees’ presentation, tossed it at him and asked “What else do you have?” Not surprisingly, there was no “plan B.” I was younger, less confident, and didn’t understand why this person who led a $1B firm couldn’t lead us in the right direction. My board did not let me down. They helped me to see that this “emperor had no clothes” and that Intertech would be better off without him.

Next time: how Intertech’s board of advisors keeps us sharp.