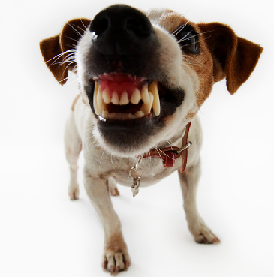 Mounting debt, increasing costs and a shrinking tax base have left many leaders at all governmental levels struggling to balance budgets and maintain service levels expected by constituents. Unfortunately, many politicians push tax increases as an almost knee-jerk solution, ignoring the negative impact higher taxes may have on businesses and consumers alike.

A recent case study in Harvard Business Review (HBR) entitled Fighting a Government Threat takes a close look at this scenario and provides commentary by Andrzej Klesyk, CEO of PZU Group and Michael Hartman, senior vice president of legal and regulatory affairs, DirectTV Latin America. The HBR article and commentary combined with the recent debate in Minnesota over the Governor’s proposed tax on business-to-business services, has inspired me to write a series of posts on the topic of Effective Public Engagement.

As you undoubtedly know, Governor Dayton’s proposed B2B tax ignited a firestorm in the local business community and, ultimately, the Governor chose to withdraw his proposal. I appreciate his willingness to listen and respond to the sincere concerns of small- and medium-sized business owners, as well as the CEOs of Minnesota’s largest companies, all of whom weighed in on this hot topic. I was among those participating in the debate and was gratified when the Star Tribune chose to publish my OpEd on the topic Taxing business services is bad for Minnesota.  I also was quoted in a related column by Star Tribune reporter Neal St. Anthony.

What can businesses like mine learn from this recent episode? There are a number of lessons, which I will share in my next few posts on this topic. Some are drawn from the HBR case study I referenced above and others are based on my own legislative debate experiences. I hope you will weigh in with your thoughts, questions and recommendations too!

Up next… 10 rules for effective public engagement.