The Cost of Business in Minnesota 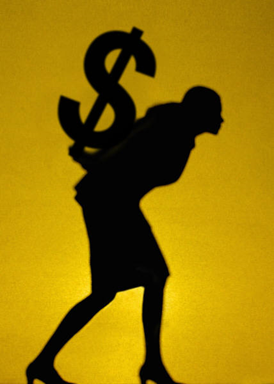 The following was written by Brianna Harrington of Intertech.

While the tax could help to eliminate the 1.1 billion dollar deficit, it assumes businesses can financially shoulder the burden of a compounding tax, which makes them less competitive today and moving forward.

The businesses represented ranged from small mom and pop shops to large enterprises with clients from around the world. Unsurprisingly, many of the business owners raised the same short-term and long-term concerns.

A small trucking company shared its frustration in adding to the financial gridlock because of an uncertain future.   To grow his business, he needs to purchase another truck, but at a cost of over $100,000 he has to hold off until he knows how he’ll pay for the additional taxes.

Another company expressed that a 5.5% cost increase with their already thin profit margins will completely curtail their ability to pay down operating loans, invest in new products, and will make their long-term competitiveness unobtainable.

A local businessman explained if the law passes he would be faced with the tough decision of having to cut their workforce, move employees to part-time, or move their location. With plenty of bordering (and non-bordering) states already reaching out to businesses unwilling or unable to take on the new tax burden, he expects many companies to be in the same position.

Issues were also raised on the claims corporate taxes will go down. While large corporations may see a decrease, the majority of businesses, companies that are filed under sub-chapter S (as well as LLC’s), will see a 25% increase in taxes (from 8% to 10%).

A native Minnesotan shared that he has already had to co-locate his business due to taxes. He currently lives in MN, largely for personal ties, while his offices are located in Hudson. However, with the tax hikes on the horizon he feels he’ll have no choice but to completely relocate to Wisconsin. “It just makes more financial sense.”

Finally, the MN business-to-business tax favors large companies able to offer in-house services such as accounting, legal, or design; yet another disadvantage to budding businesses.

I agree with Gov. Dayton, that, “No one likes paying taxes.” but the compounding cost of the taxes proposed, creates an almost hostile environment for businesses to flourish in Minnesota. Add that to the lack-luster appeal for new businesses and the potential brain drain to our vibrant business community and you’re left with a devastating long-term impact.