The Good, The Bad and the Ugly Truth about Developing Software Today 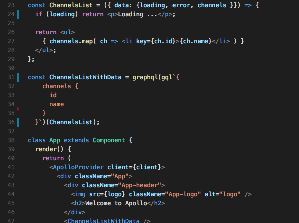 If you have any involvement in the world of software development today, you know it’s challenging to say the least. Companies need to develop software as cheaply as possible, but many have learned the hard way that the cheapest route can lead to shoddy results (or no results at all!).

Just Google “failed IT projects” and you’ll find plenty of evidence, such as the 2009 IDC report that found 25 percent of IT project fail outright, and that 20-to-25 percent don’t provide ROI, and up to 50 percent required material rework. Add it up, and that’s a whopping 100 percent that either failed, needed rework or didn’t deliver as promised.

CIO magazine has reported that two major surveys of more than 100 IT professionals across the country – conducted three years apart – revealed that:

A more recent report found that 25 percent of technology projects fail outright; 20 to 25 percent don’t show any return on investment; and as many as 50 percent need massive reworking by the time they’re finished. (Forbes 2016).

There are multiple reasons for these dismal statistics. One of the primary culprits, I suspect, is the failed offshore development adventure. Instead of providing a cheap, fast turnkey solution, offshore software project frequently was bedeviled by poor management, confusion about team roles and /quality standards well below what U.S. companies (and consumers) expect. In fairness to lower-paid offshore IT professionals, language barriers, and time zone and cultural differences are tough hurdles to overcome.

I know of what I speak. Intertech attempted engaging offshore developers years back to offer our customers a more effective solution. We worked hard to make those offshore engagements work, but in the end, we spent more money than we saved due to extensive rework. As much as we in IT want to believe space should not matter, proximity to customers and the people doing the work does make a significant difference.

And so, where do we from here?

The need to keep costs as low as possible has never been more acute. Global trade means (we) and our customers are competing with businesses around the world, many of which have much lower labor costs. We must find ways to keep delivering quality but at a price that doesn’t break the bank.

Next time: The ugly.