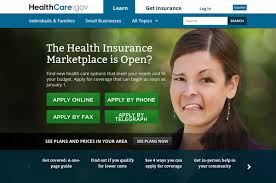 Over $600 million! That’s how much the federal government has reported spending – so far – on information technology for the federal health insurance website HealthCare.gov.  From errors to long waits, it’s been a debacle.

Lack of adequate testing by the IT vendor, CGI, also has been blamed for the site’s navigational difficulties and extremely slow load times. In case you’re not familiar with it, CGI is the world’s fifth-largest information technology services company and the largest IT company in Canada, where it is headquartered.

As of Oct. 25, 700,000 U.S. citizens had filed applications for health insurance. The nagging tech issues must be resolved, and soon, if the predicted seven million interested Americans are going to be able to sign up for coverage through the exchanges by the end of the six-month enrollment period on March 31, 2014.

As the owner of an IT consulting business, I feel for the folks at CGI. Managing a project of this scale involving the federal government no doubt was beyond challenging. Still, when I heard that complete end-to-end testing had not taken place until mid-September, I had to scratch my head. With so much on the line, comprehensive testing tied to established milestones should have been happening early and often throughout the development process.