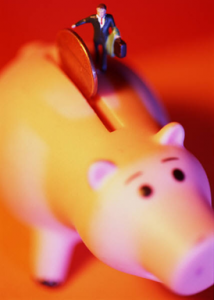 Business says: “IT costs too much; we’re not getting the service we’re paying for.”

IT says: “Given our budget constraints, we’re doing really well.”

Who is right and who is wrong? Without a clear understanding of IT performance, there’s no way to know.

Here’s an example: The IT unit in a multibillion-dollar auto retail firm was considered “fat and happy” by those outside of IT. Was it too expensive? Perhaps. But happy? Not at all. IT people were trying to do a good job, but all they heard were complaints about costs and failures.

The first step in fixing the situation was to understand exactly what IT costs and performance really were, not just what they seemed to be. IT leaders started tracking downtime and problem-resolution time, as well as project and budget performance. They made the information available in ways that everyone could understand.

The informed verdict: IT wasn’t as good as the IT people thought and it wasn’t as bad as the business side thought. Most important, everyone now knew exactly where things stood and what needed to be done. Over the next few years, IT costs dropped while performance improved. Satisfaction increased for both business and IT people.

Business leaders started to trust the IT leaders more. Plus, the new clarity led to easier decisions during budget time. Before all this, when a major outage occurred, business executives called for the CIO’s head. When a similar outage happened five years later, business chiefs took it in stride, saying, “They’re doing a great job. Everyone has a hiccup from time to time.”

While responsible vendors must find ways to add value no matter what the billing arrangements, we’ve moved from the waterfall approach to an Agile/Scrum approach.  The heart of Scrum is an iterative and incremental method for managing projects.  A result is more frequent deliverables.

Clients appreciate this approach, which gets software into the hands of end-users much faster than waiting until an entire project is finished. Business managers who must manage expectations on a quarterly basis especially like how this approach yields tangible results quickly and efficiently.