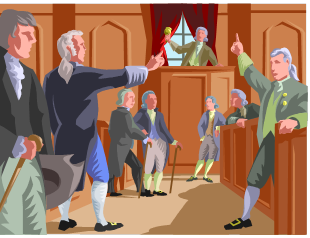 If you pay attention to the political news, it’s easy to believe that disrespectful dialog has replaced baseball as the national pastime. While I’m a firm believer in the power of debate and discussion to generate better decisions, I do not believe what’s happening in D.C. is productive.

All people, and business leaders, must stand up for what’s right. Problem is, many business people – me included – do not like to take stands because we do not wish to risk offending others (including customers, potential customers and even employees).

But standing up for what’s right without being offensive is possible: we’ve seen it done countless times on television by the imitable Fred Rogers. We all remember Mister Rogers as the gentle, affable man who created “Mister Rogers’ Neighborhood” on PBS.

Fred Rogers was as warm as his famous cardigan sweaters, but he didn’t shy away from controversy. He tackled complex social issues and was a strong advocate for anti-discrimination and equal rights. This was highlighted in the recent documentary “Won’t You Be My Neighbor,” which recounts the episode when he soaked his feet alongside an African-American police officer in a kiddie pool. This was controversial because segregation was still widespread in America at the time.

Fred Rogers did not give fiery speeches (but he did testify before Congress on behalf of funding public television for children), he just did the right thing and led by example. So, I have a modest proposal for my fellow citizens and business leaders: let your actions speak for you.

My company uses technology to help clients achieve important business objectives. But we also dedicate resources (time and dollars) supporting non-profit organizations focused on the common good. From volunteerism, employee matching gifts and student scholarships, to starting the Intertech Foundation, our philanthropic efforts allow us to speak up through action for positive community values: compassion, opportunity and education.

Most recently the Intertech Foundation became a philanthropic supporter of a local children’s hospice named Crescent Cove. I liked Crescent Cove because we’d be making an impact in the community where we lived and they’re the first nonprofit in the Twin Cities to offer hospice services for kids. In the past, we’ve also supported the local Ronald McDonald House.

So, let’s be kind and inclusive. Better yet, let’s use our personal and professional actions to create the world we want to see for future generations – one that provides a place for everyone to belong and contribute. Who knows, it might even be good for business!