9-to-5 in 2018: Surprising research about women in the workplace 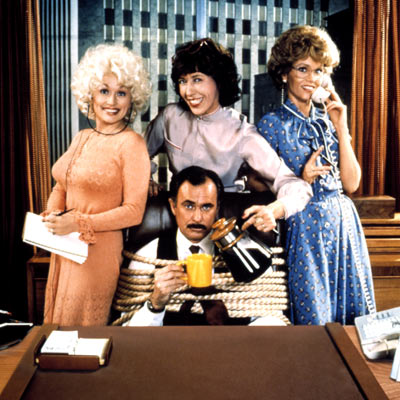 Dabney Coleman, as the dastardly boss, in the old movie “9-to-5” exhibited all the worse behavior that men can use to make women miserable at work. Way before the #MeToo movement, which focuses exclusively on sexual misconduct, Coleman’s character also brazenly stole the good ideas of the women around him and made sure to “keep them in their place” to ensure his own dominance.

As an entrepreneur running a business in the 21st century – and the father of a whip smart young daughter with infinite potential – I’m committed to running a work place and helping to build a world where “gender equality” is more than just an HR catch phrase.

Achieving something approaching gender balance has become an important goal at Intertech. It’s challenging, in part because women in computer science has been on a decline since the 1980’s.  According to the National Center for Education Statistics and other institutions or studies, as a percentage, the computer science degrees granted to women is in the upper teens.  We’re not willing to use that excuse, though, and have begun looking for ways to actively encourage women IT professionals to apply. I’m also proud that the Intertech Foundation STEM scholarship has been awarded to prom ising young women three out of the four times since we founded the scholarship in 2015.

These are good things, but it’s more than just ethics or political correctness inspiring us to push for gender equity. Common sense tells us that women bring new ideas and approaches to problem solving – or do they? An intriguing and, frankly, surprising article (“What Most People Get Wrong about Men and Women” in Harvard Business Review (May/June 2018) shares the well-researched thesis that “Research shows the sexes aren’t so different.”

Besides our obvious biological differences, Georgetown University professor Catherine H. Tinsly and Harvard Business School professor Robin J. Ely write that so-called “gender differences” at work are really the amalgam of popular myths. “Women lack the desire or ability to negotiate.” “Women lack confidence.” “Women lack an appetite for risk.” These and other popular myths are neatly demystified in this excellent article, which also exposes the real reasons women do not advance at the same rate as men in many industries.

As the old comic character Pogo once commented, “We have found the enemy and it is us.” This is not to say that all men are the equivalent of the sexist doofus in 9-to-5, but the research is indisputably clear that myths about women often turn into self-fulfilling prophesies that leave women behind as their male colleagues.

“The problem with the sex-difference narrative is that it leads companies into ‘fixing’ women, which means that women miss out on what they need  — and what every employee deserves: a context that enables them to reach their potential and maximizes their chances to succeed,” the HBR authors.

They recommend four steps for actively advancing gender equity and the advancement of women in the workplace:

As the authors conclude, “The solution to women’s lagged advancement is not to fix women or their managers but to fix the conditions that undermine women and reinforce gender stereotypes. Furthermore, by taking an inquisitive, evidence-based approach to understanding behavior, companies can not only address gender disparities but also cultivate a learning orientation and a culture that gives all employees the opportunity to reach their full potential.”

This approach might not make a great movie plot, but it might just win applause from your employees, customers and community.